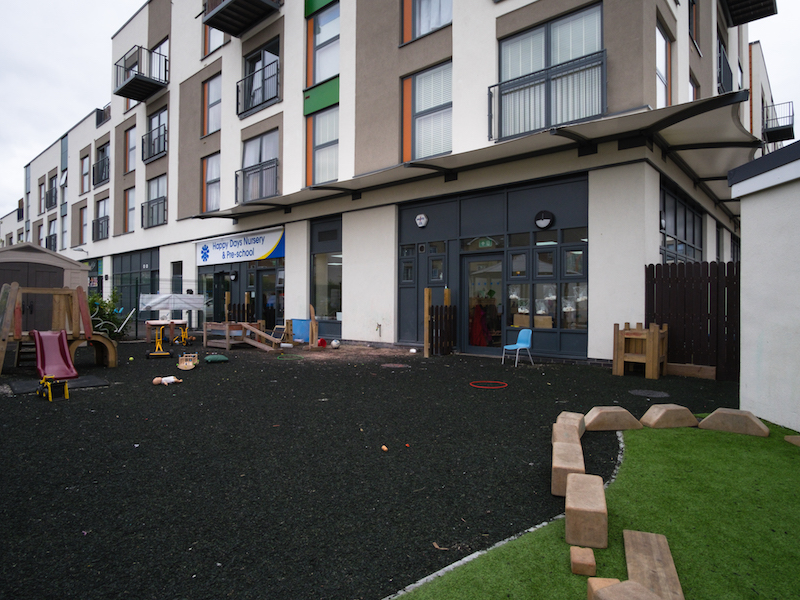 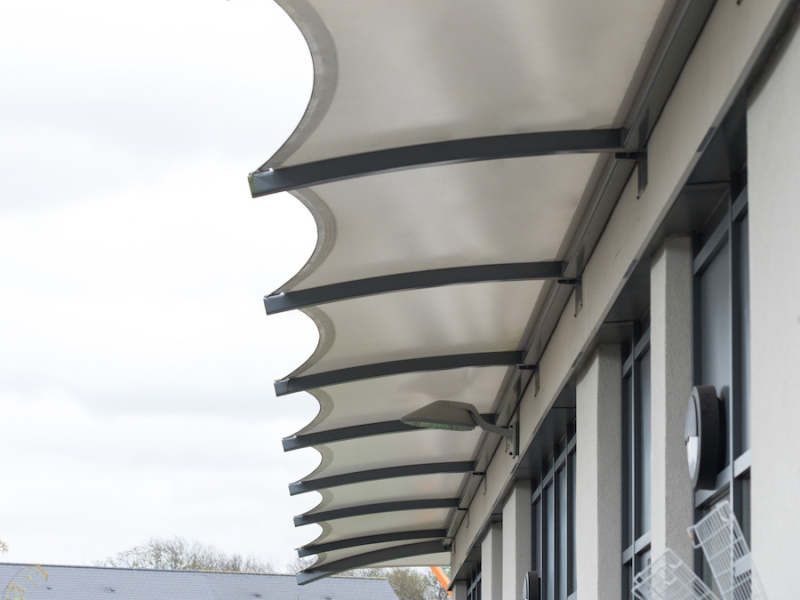 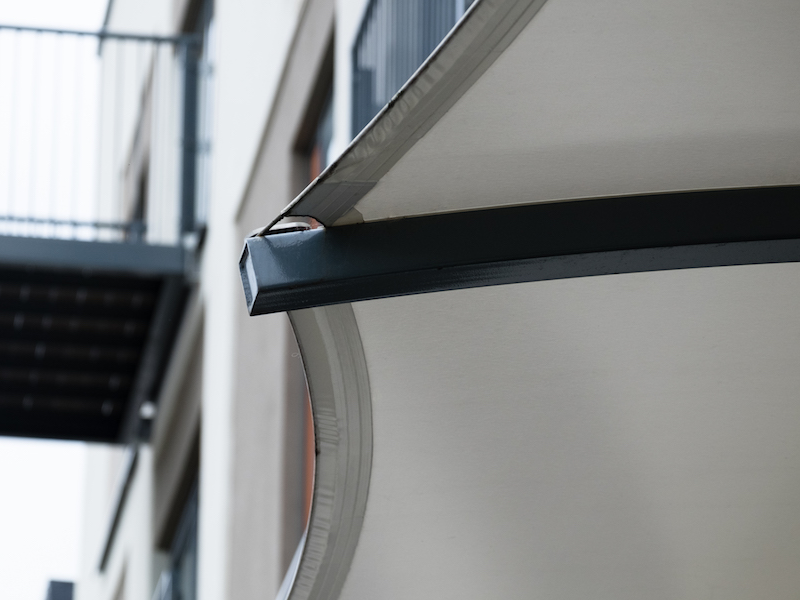 J & J Carter worked with Balfour Beatty Construction (Mansell Homes) for Happy Days Nursery in Cheswick Village. Cheswick is a new village, finished in 2015, with over 1100 homes bridges the South Gloucestershire and Bristol borders. It straddles the boundaries of Stoke Gifford, Filton and Lockleaze and lies close to the major employment sites of the University of the West of England (UWE), MOD Abbey Wood and Hewlett Packard.

Balfour Beatty were engaged in Phase 5 of the Cheswick Village project which included the neighbourhood area known as The Square.  The Square is a mixed used development which includes retail, residential apartments and the nursery.

The Happys Days Nursery first opened in 1991 and now operate 16 nurseries / pre schools throughout the South West and are the largest provider of nursery care in the region. With such a mixed use area it was important for the nursery have screening and shading for the children.

Happy Days allows parents to go to work with the assurance that their children are cherished and cared for to the highest standard.

Are you interested in more information or would like to arrange a consultation? Give us a call, drop us an email, visit us or fill out an enquiry form below.

About Us Our Process Sustainability Contact Us Certification & Compliance Our Clients

This site uses cookies to store information on your device. Some of these cookies are essential to make our site work and others help us to improve by giving us some insight into how the site is being used.